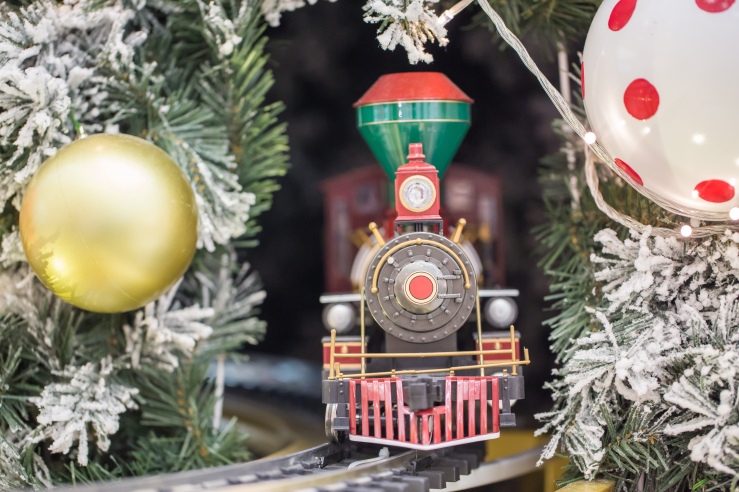 I was not an original sinner, but I caught on fast. By that I mean I didn’t usually think up ways to get into trouble. But I was quite responsive to suggestions.

One November, when I was in sixth grade, my friend, Jimmy, said, “I know what I’m getting for Christmas!”

“How could you know?” (I know this sounds like I was terribly naive– but it’s true…)

“I found my presents,” he said. “Wanna’ know what you’re getting? When you’re mom’s not home, we can look…”

So we did. And in the hamper in my parents’ room we found an HO Gauge Train set that I had asked for to go with my road race car set.

So now I knew… and I felt sick to my stomach with guilt.

Christmas morning came. When we opened our gifts, I noticed there was no box under the tree that resembled the train set. That seemed odd. We finished with all the presents, but I must have looked a bit puzzled.

My mom (who was no dummy…) looked at me and said, “Oh, just a minute…” And she came out with a present the size of the train box. “I think you were hoping for this,” and I could see “the look” in her eye.

While we could consider a number of lessons learned from this story, the one most appropriate to right now is waiting. In gift-giving and receiving, waiting is part of process. For many, anticipation itself contributes to the joy. It’s fun to look forward to what’s coming. And that applies to both the giver and the receiver.

Most often the giver has given a great deal of thought and time (and, likely, expense) to getting the right gift. The experience of seeing the reaction the gift elicits is the giver’s greatest joy. To steal that by “peeking” is selfish and hurtful to the relationship.

In the Christian Year, Advent (the four weeks before Christmas) is a season of waiting, of anticipation, of reflection. We look back on God’s people awaiting the promised Messiah. We look around to our current circumstances of waiting for direction, for answers to prayer, and for particular projects to come to fruition.  We also look forward as we await Jesus’ promised return.

When we ponder the timing of Jesus’ coming, the Bible tells us that Jesus was born “In the fullness of time…” (Galatians 4:4). The Greek word plaroma could be used of a woman coming to full term with a child, being ready to deliver. God’s people had waited centuries for his coming. God was waiting until the time was just ripe. For instance, it was a time of relative peace under the Pax Romana. It was the first time such an extended region of the world shared a common language that could communicate the gospel and had roads that could enhance the ability to carry the gospel beyond Judea. For these, and many other reasons, Jesus was born at just the right moment.

Waiting is rarely easy, but it becomes more bearable when we trust that the Giver wants to give the best gift possible at the best time possible.