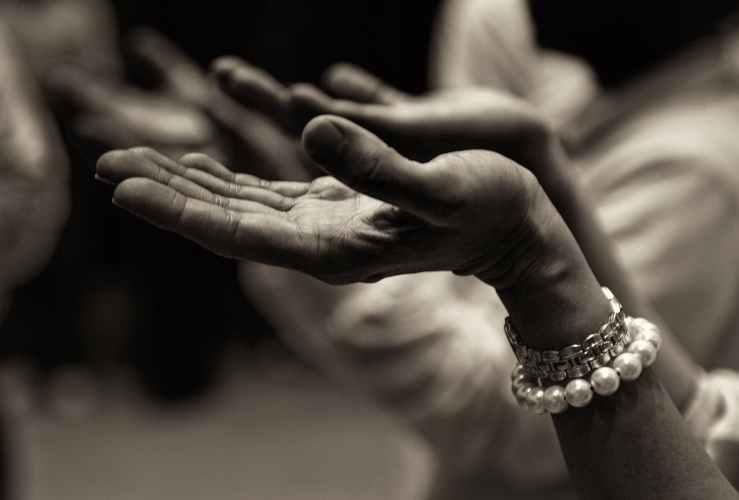 I was talking with a friend who had experienced a remarkable healing from cancer. It was hard to distinguish between the effectiveness of medicine and the power of prayer, but my friend, Laura, gave God the glory. Then after a number of years the cancer returned.

“I’ve told everyone God healed me. Now what?” she asked through tears.

“So what are your prayers like now?” I asked.

She said, with a smile breaking through the tears, “I’ve been saying, ‘Lord, you have a problem here!’”

I never thought of a prayer like that. At first it seemed a bit presumptuous to me, as if God were obligated to help her for the sake of his own reputation. But her spirit was humble. She was trusting God, not testing God. So I continued exploring Scripture with her prayer in mind.

You do not have because you do not ask God. When you ask, you do not receive, because you ask with wrong motives, that you may spend what you get on your pleasures (James 4:2-3 NIV).

Laura was not being selfish. She truly wanted people to be encouraged to trust God because of her story.

Countless scriptures call us to pray based on God’s love for us as cherished children. God wants to be part of our lives and for us to be equipped for his work.

I began to realize I often limited my prayers to my own imagination. If I couldn’t see a practical, reasonable answer, then I wasn’t sure how to pray. Laura released her concern to the Lord, without any need to “filter” her request through questions like, “What’s really possible now?” or “Lord, how could you ever do this?”

I experienced a breakthrough in prayer when I realized I didn’t have the figure out the answer to my prayer. I could just lay the problem at the Lord’s feet—and let go. It wasn’t up to me to solve it. I learned to say, “Describe, don’t prescribe.” Don’t try to tell God how to make it happen.

Humble yourselves, therefore, under the mighty hand of God so that at the proper time he may exalt you, casting all your anxieties on him, because he cares for you (1 Peter 5:6-7 ESV).

I hope you understand what I mean when I say I think God enjoys “showing off” sometimes. Not to build God’s ego—that’s ridiculous. But to delight us with the wonder of it all.

…with Abraham and Sarah giving birth to a child, Isaac, when they were far past child-bearing capabilities (Genesis 18);

…with Elijah and the widow of Zerephath experiencing the miracle of God providing flour and oil for months during a time of famine (1 Kings 17).

Then there is the experience of King Jehoshaphat facing the invasion of three armies coming against Judah. He prayed, “O our God, will you not execute judgment on them? For we are powerless against this great horde that is coming against us. We do not know what to do, but our eyes are on you” (2 Chronicles 20:12). The next morning, they gathered with the choir ahead of the army and began to worship.

22 And when they began to sing and praise, the Lord set an ambush against the men of Ammon, Moab, and Mount Seir, who had come against Judah, so that they were routed. 23 For the men of Ammon and Moab rose against the inhabitants of Mount Seir, devoting them to destruction, and when they had made an end of the inhabitants of Seir, they all helped to destroy one another (2 Chronicles 20:22-23 ESV).

My faith grows when I see God work in ways I could never imagine. I love it when I look around and say, “Wow! I never saw that coming!”

If I could figure it out, I wouldn’t depend on God.